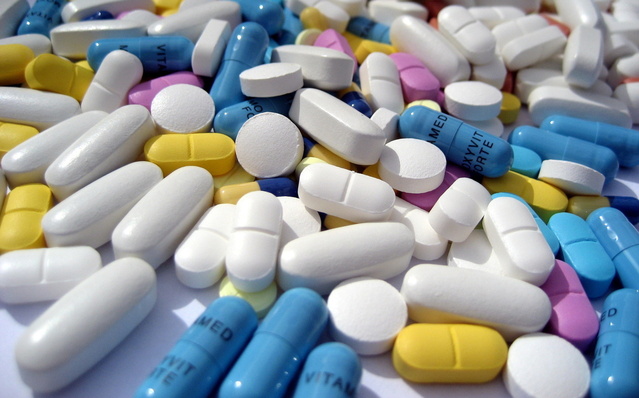 A typical pharmacy has shelf after shelf of medicines that can be sold without a doctor’s prescription. These are called over-the-counter (OTC) drugs. Many concerned mothers wonder about the safety of these medications while they are breastfeeding a baby. While there are many brands and varieties of drugs on the market, there is a relatively small list of active ingredients in all those products. Careful review of the product label is an essential part of responsible and safe use of these medicines. Some preparations have more than one active ingredient.

(For other ailments, see our sections on colds and allergies, sleep aids, and acne.)

**The most common cause of constipation in pregnant women is a side effect of iron-containing vitamins. Make sure you are taking only as much iron as your doctor recommends.

Osmotic laxatives are water-based solutions that either resist absorption into the intestinal wall or actively draw water into the intestine. This water softens the stool, increases gut contraction, and flushes out intestinal contents. Even though a very small amount of the laxative agent may make it into the bloodstream, it is highly unlikely that sufficient absorption would occur to produce significant levels in the milk. Although there is not enough medical evidence to say with certainty, osmotic laxatives are theoretically a very safe option for pregnant and breastfeeding mothers. Common trade names: MiraLax, GoLytely, mag citrate, milk of magnesia, Fleet phospho-soda.

Fiber supplements add bulk to the stool as well as retaining water to soften it. Bulk-forming laxatives work slowly and are better suited to prevention than treatment of constipation. The fiber is not absorbed systemically and is highly unlikely to reach a fetus or breastfeeding infant. Some small studies have failed to demonstrate any increased risk of adverse reactions in pregnant and breastfeeding women.1, 2 Heavy use of supplementary fiber may alter the absorption of other medications. Common trade names: Metamucil, Benefiber, Citrucel, Fibercon, psyllium, bran.

These medications increase the rhythmic contractions of intestinal muscles to eliminate stool. No adequate studies have been performed in pregnant or breastfeeding women to directly evaluate the safety of these drugs in that population. The risk of adverse effects to both mother and child increases with long-term use of these medications. It is thought that systemic absorption is minimal and the risk to a fetus or infant is low. As always, drugs like this should be used only when the benefit to the mother exceeds the risk to the infant. Senna and bisacodyl are preferred over herbal preparations. Common trade names: Dulcolax, Sennakot, bisacodyl.

OTC enemas are either rectal versions of oral osmotic or stimulant laxatives, or fecal emollients. An emollient, like mineral oil, lubricates and softens the stool. Enemas carry similar or reduced risk as compared to their oral counterparts. Common trade names: Fleets

This medication works by slowing down intestinal contractions and increasing the time that food stays in the gut. Loperamide acts locally on the gut wall and is minimally absorbed into the bloodstream. Minimal blood levels means minimal milk levels and minimal exposure to a fetus. There are no quality human studies of loperamide in pregnant women, but studies performed in rats and rabbits have revealed no evidence of impaired fertility or harm to the fetus at doses up to 5 times the human dose.  This is the preferred anti-diarrheal medication for use in pregnancy and breastfeeding. Common trade name: Immodium.

Bismuth salts are common ingredients in products that treat diarrhea, stomach pain, and stomach irritation. They have anti-microbial properties, reduce inflammation, and reduce stomach acid secretion. The bismuth component is poorly absorbed from the intestines and represents negligible risk to a fetus or breastfeeding woman. A reaction between bismuth and certain gut bacteria is responsible for a harmless blackening of the stool. The salicylate salt, however, exhibits up to 25% absorption. There is controversy over the possibility of birth defects caused by salicylates during the first trimester, but studies have found increased incidence of hemorrhage in both mother and infants when given salicylates close to delivery. Salicylates also can cause premature closure of the ductus arteriosis and growth restriction in the fetus.3, 4 Bismuth subsalicylate should only be used in the first half of pregnancy, and rarely in breastfeeding women.4, 5 Common trade names: Pepto Bismol, Kaopectate, Maalox Total Relief.

This drug combination product is used for the treatment of diarrhea. These drugs act by decreasing secretions and calming contractions of the intestine. There are no reports on the transfer of this drug product in breastmilk, although it is believed to be small. However, slight absorption in an infant that happened to be very sensitive to the drug creates a hazardous potential. There are also no quality human studies on this combination used in pregnant women. Animal studies are sparse but so far do not show evidence of birth defects. This medication combination is not ideal for pregnant or breastfeeding women and should be used only if the benefit clearly outweighs the risk. Common trade names: Lofene, Lofenoxal, Lomocot, Lomotil, Lonox, Vi-Atro.

Simethicone works like a detergent, breaking up large gas bubbles so that they can be reabsorbed and cause less discomfort. There are no adequate and well-controlled studies in pregnant women. However this product is completely unabsorbed, and is highly unlikely to cause birth defects or risk to a breastfeeding infant. Simethicone is routinely given directly to neonates to treat gas and there is so far no evidence of medication-related adverse effects in neonates. Note that this medication is often flavored / packaged with peppermint oil (even inside capsules for some reason) which can worsen gastroesophageal reflux. Common trade names: Gas-X, Mylicon, Dulcogas, Maalox Advanced.

Lactase is an enzyme that breaks down the primary sugar in milk: lactose. In lactose-intolerant individuals, gut bacteria consume undigested lactose and release by-products that cause gas, cramping, and diarrhea. There are no safety studies in breastfeeding or pregnant women, but this drug is both poorly absorbed and naturally produced by nearly 100% of infants. It is likely to be very safe. Common trade names: Lactaid, SureLac.

This enzyme breaks down the primary sugar in many grains, vegetables, and legumes. It is similar to lactase in its safety profile (See above). Common trade name: Beano.

In addition to OTC or prescription medications, some lifestyle changes may be helpful in reducing symptoms of heartburn.

This is an alkaline compound that works by directly neutralizing stomach acid. It is readily absorbed by the intestine, but enters the bloodstream essentially as supplemental calcium. Do not exceed the maximum recommended dose. Use of antacids may interfere with other medications. This is the preferred antacid in pregnant or breastfeeding women and the best initial choice for treatment of mild to moderate heartburn. Common trade names: Dicarbosil, Rolaids, Titralac, Tums.

Similarly to calcium carbonate, these alkaline compounds directly neutralize stomach acid. Magnesium and aluminum are poorly absorbed under most circumstances, but some foods and supplements may increase absorption unexpectedly. Do not exceed the maximum recommended dose. High blood levels of magnesium or aluminum may be toxic to a fetus. Use of antacids may interfere with other medications. Heavy or frequent use of these antacids may have a laxative effect. These two compounds are the second best antacids for use in pregnant or breastfeeding women with mild to moderate heartburn. Common trade names: Maalox, Mylanta, Magnalox.

These medications directly inhibit the cells that produce acid in the stomach. Reasonably strong medical evidence supports the safe use of omeprazole in pregnancy9-11 and lansoprazole, while less well studied, is similar enough that its safety can be inferred as well. No adverse events have so far been reported with either of these drugs in breastfeeding mothers.11 Common trade names: Prilosec, Prevacid.

This combination of medications is the preferred OTC treatment for nausea and vomiting in pregnancy. It is a mixture of the sleep aid doxylamine (Unisom) and the vitamin pyridoxine (Vitamin B6). Doxylamine is similar to diphenhydramine in its mechanism of action and side effects. So far, there have been no adverse events reported in babies exposed to these medications in the womb.12 Untreated, protracted vomiting has been linked to congenital malformations of the brain and eyes.13 Watch for over sedation in breastfed infants. Common trade name: Diclectin.

This is a combination of fruit sugar and phosphoric acid flavoring that has limited efficacy in treating nausea. Diabetic mothers should not use this product because of its high sugar content, but the active ingredients are known to be safe in pregnancy and breastfeeding. Common trade name: Emetrol.

Like doxylamine and diphenhydramine, meclizine is an antihistamine used to treat nausea and motion sickness. Large studies have confirmed that meclizine does not increase the rate of birth defects when used during pregnancy.14 No data are available concerning meclizine in breastfeeding mothers, however its pharmacological properties suggest a relatively safe drug. Breastfed babies who may be incidentally exposed to meclizine should be monitored for sedation. Common trade name: Antivert.

This herb has been used to treat mild nausea and vomiting for centuries. It is effective in reducing nausea symptoms at doses around 1 g/day.15 Despite extensive use of the herb, quality studies of pregnancy and breastfeeding safety are lacking. So far, no adverse effects in infants have been reported in either pregnant or breastfeeding mothers using ginger in moderate doses. At high doses, there is an increased risk of bleeding.16

9.         Kallen BA. Use of omeprazole during pregnancy--no hazard demonstrated in 955 infants exposed during pregnancy. European journal of obstetrics, gynecology, and reproductive biology. May 2001;96(1):63-68.

Over the counter medications
Medication