Whooping Cough is Back: New Strategies to Protect New Babies 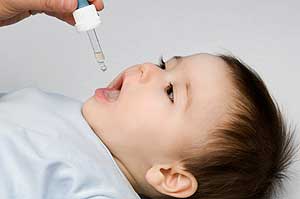 The last few years have seen a resurgence of vaccine-preventable diseases in the United States. Whatever the cause of this may be, increasing incidence of these diseases poses a particular risk to patients who are not able to receive the vaccines, including babies less than 3 months of age. Pertussis (“whooping cough”) is especially dangerous in this population, with infants comprising the majority of pertussis-related cases and deaths in 2012 and 2013.1

Citing ongoing work in several phase 1 and 2 trials, the CDC’s Advisory Committee on Immunization Practices (ACIP) issued a proposal in 2011 for a new, two-pronged strategy to combat the rising consequences of neonatal pertussis.2 First, they recommended “cocooning” vulnerable babies by updating the vaccinations of those family members who would be in direct contact with the patient. This form of “herd immunity” is based on the idea that the rapid immune response of people previously exposed to a disease (or vaccinated) is enough to block transmission to those they have close contact with. As it turned out, this effort was logistically difficult for pediatrics offices to implement and compliance was not what it should have been.3

The second approach was to update the mother’s vaccine while she was still 27-36 weeks pregnant. We know there is no risk to the fetus from these immunizations. Maternal antibodies would cross the placenta and remain circulating in the infant for up to 6 months, thereby providing some passive immunity during that vulnerable period. Public health data have since validated the ACIP’s model that predicted this strategy would prevent around 900 cases of infant pertussis each year, including 400 hospitalizations and 9 deaths. This policy worked so well that, in October of 2012, the ACIP further recommended that the pertussis vaccine be given to all pregnant women during each of their pregnancies. The rationale is that the dose is less about bolstering the mother’s immunity and more about prompting the production of large numbers of protective anti-pertussis antibodies that spill over into the fetal circulation.2The American College of Obstetricians and Gynecologists4as well as the American Academy of Pediatrics5have since endorsed this recommendation. Similar protocols have been established for the inactivated influenza vaccine.6

As a bonus, the acellular pertussis vaccine is bundled with tetanus toxoid and reduced diphtheria toxoid into the Tdap shot. The two toxoids act as adjuvants that improve the body’s response to the pertussis antigen, as well as promoting immunity to their respective pathogens. The Tdap vaccine contains no live organisms.