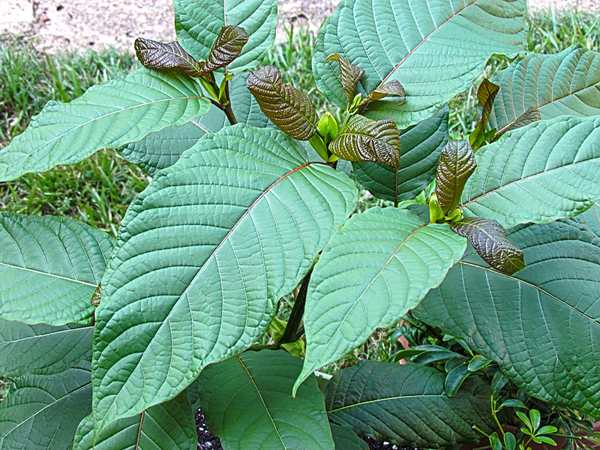 Kratom was on the U.S. Drug Enforcement Agency’s (DEA) list of drugs of concern since 20051 and was almost reclassified as a Schedule I drug in 2016. The reclassification was eventually put on hold due to massive public outcry and Kratom currently remains legal in most states in the U.S.2 However, there is no question that the number of Kratom exposures in the US is on the rise. From 2010-2015, U.S poison centers received 660 calls about reported exposures and while there were 26 such calls in 2010, by 2015 there were 263.3 In fact, anonymous posts on online forums suggest that Kratom exposures during pregnancy and breastfeeding are already occurring in the community, despite the lack of scientific literature about its safety in these groups. Awareness about the pharmacologic effects and potential toxicity, dependence and withdrawal with Kratom use needs to be raised among healthcare professionals and the lay public alike, given its increasing popularity as an alternative medicine and recreational drug.

Mitragynine , commonly known as “Kratom”, is a tropical tree from the Rubiaceae family that is native to Southeast Asia. Other street names of Kratom include: Thang, Kakuam, Thom, Mambog, Ketum and Biak-biak.1,4 Kratom trees are primarily found in Thailand and Malaysia but is also present in parts of Myanmar, Indonesia, the Phillipines and New Guinea.5,6 The different strains of Kratom are generally grouped by leaf morphology – green vein (Yakyai), white vein (Tang gua), red veins (Kan daeng) and Maeng Da, a genetically enhanced form of Thai Kratom thought to be the most potent.7speciosa

Kratom leaves have been used in folk medicine in Southeast Asia for many years for its psychoactive and opioid-like properties including 1,4,5analgesia and antitussive effects. The leaves were most commonly chewed but were also smoked or brewed into a tea or herbal solution. Pounding of the leaves for application as a wound poultice has also been reported. Workers used Kratom as a stimulant to improve physical endurance and strength so that they could put in more hours of manual labour. As a medicine, Kratom was used in the treatment of minor ailments such as fever, cough, diarrhea and pain as well as chronic conditions like diabetes, depression and hypertension. It was also used as an affordable substitute for opium.

Kratom Use and Abuse

Kratom is now most commonly marketed as a supplement or herbal remedy for chronic pain. It has also gained popularity as an affordable alternative medicine for prescription opioid withdrawal. Today, Kratom is readily available for purchase over the internet, head shops and kava bars in various forms such as powdered leaves, tablets, capsules, gums, dried leaves for chewing or brewing and extracts. In North America, Kratom is most commonly ingested orally in the form of capsules or drunk as a herbal tea.1 Users usually take several doses per day, often repeating doses every 1 to 3 hours. Typical usage appears to involve between 1 and 3 doses a day, though higher doses or more frequent consumption have been documented in user anecdotes.1 The production and sale of Kratom containing products lack regulation and quality control in the U.S. at present.2 The amount of active ingredients present in preparations claiming to contain Kratom may vary and cases of adulteration have occurred. Griffin and co-workers purchased and tested 15 Kratom products from various sources (online, convenience stores and head shops) and found that 2 out of the 15 products did not contain Mitragynine, the main active ingredient in Kratom.7 Lydecker and co-workers tested several Kratom capsules, a liquid drink and an extract and found that some of these products contained up to 5 times more 7-hydroxymitragynine than that naturally present in Kratom leaves.8 Since 7-hydroxymitragynine is the more potent psychoactive compound present in Kratom, artificially increasing its content in supplements could increase the abuse and addictive potential of these products. These studies highlight the variation in quality and contents of Kratom preparations and emphasize the possible dangers of using these unregulated products.

Recreational use of Kratom stems from its psychoactive properties and its ability to provide the user with a feeling of being “simultaneously stimulated and relaxed”.1 Kratom has been abused alone in the form of “Kratom tea parties” or in combination with other drugs such as the likes of the “4X100” cocktail – a concoction of Kratom tea, cough syrup, Coca-Cola and ice cubes abused by Thai youths.1,4 Based on information from calls to U.S. poison centers, the most common co-ingestants with Kratom were alcohol, other botanicals, benzodiazepines, narcotics and acetaminophen.3 There have also been case reports of liver toxicity, seizures and deaths associated with Kratom exposure.9-13 However, it is important to note that so far, deaths involving kratom exposure all involved other co-ingestants, whether intentional or not.10-13 Deaths solely attributable to kratom exposure have not occurred to date. For example, the Kratom product “Krypton” that was linked to 9 deaths in Sweden was found to contain O-desmethyltramadol, the main active metabolite of the opioid analgesic Tramadol, in addition to powdered Kratom leaves.10

As with other botanicals, Kratom preparations contain numerous phytochemicals, making 6 Alkaloid content of the leaves range from 0.5-1.5% and the varying proportions of different alkaloids present in the leaves of different strains likely explain the differences in stimulant and sedative effects of each strain.14 The pharmacology of Kratom has yet to be fully understood but it appears to act on a broad range of receptors. Kratom’s action on the mu and delta opioid receptors is responsible for its analgesic properties while its stimulant effects are thought to be contributed by action on serotonin (5-HT2A) and alpha-2 adrenergic receptors. Additional psychoactive properties of Kratom are thought to be related to its high affinity for central delta and kappa opioid receptors. 14analysis of its pharmacology and toxicology a complex affair. Kratom leaves have been found to contain more than 40 alkaloid compounds.

Mitragynine is poorly soluble in water and is “fat-loving” in nature, possibly explaining its ability to cross the blood-brain barrier and exert its psychoactive effects.

The pharmacodynamics effects of Kratom are dose-dependent and are illustrated in the table below.14,17 Unlike opioids, at low to moderate doses, Kratom produces more of a stimulant effect. Opioid-like effects occur at higher doses but the euphoria induced is reported to be less intense compared to opioid drugs and respiratory depression has not been reported, even at high doses. The strain and dosage of the Kratom used appear to control the relative degree of stimulatory versus sedating or analgesic effect achieved. For example, the Bali red vein strain is thought to have more powerful analgesic effects while the Malaysia white and green vein strains are thought to be more stimulating and have better mood enhancing effects.14

The onset of Kratom’s effects appears to be delayed by food and the form of Kratom taken. When Kratom teas and extracts are ingested by mouth on an empty stomach, 1,14onset of effect usually occurs within 10 to 20 minutes. On the other hand, taking Kratom capsules on a full stomach can delay onset of action by 1 to 3 hours. Chewing the leaves appear to produce the most immediate effects with euphoria lasting up to 1 hour occurring within 5 to 10 minutes of consumption. The stimulating effect of Kratom typically lasts 1 to 2 hours while the sedating effects last longer, typically another 1 to 3 hours. Duration of action lasts between 2 to 7 hours and users have reported lingering after effects lasting from anywhere between several hours to till the next day.

There are limited studies investigating the pharmacokinetics of Kratom in humans. In-vitro studies18,19, studies done in rats1, and data from the only pharmacokinetic study done in humans to date20 suggest that the psychoactive compounds in Kratom are degraded by stomach acid and are largely bound to plasma proteins (>90%). After oral consumption, rather than staying in the plasma, these compounds move into the body tissues and are subsequently metabolized by the liver and eliminated in the urine. Elimination half-life of Kratom reported varies widely, from 3.85 to 9.43 hours in rats1 to 23 hours in the study done in humans20

Side effects that have been reported with regular, chronic use of Kratom for more than a year and include nausea, weight loss, fatigue, constipation, insomnia, dehydration resulting in increased thirst, frequent urination, and hyperpigmentation of the cheeks.5,14 These effects appear to be dose related.

Daily use of Kratom may lead to dependence. In a cross-sectional survey done on chronic Kratom users in Malaysia, 79% of respondents reported they had to use Kratom daily and 32% reported having to increase their intake of Kratom.21 Withdrawal symptoms resembling opioid withdrawal have been described. These can be classified into two categories which include:

Use in Pregnancy and Lactation

Based on what we know about the chemistry of Mitragynine and 7-hydroxymitragynine in Kratom, some degree of transfer to the milk and to the unborn fetus can be expected. The extent of the effects of maternal Kratom consumption on the unborn fetus and breastfeeding infant is unknown. Moreover, there are numerous other compounds that Kratom contains that may be of concern.

The safety of Kratom in pregnancy and lactation has not been studied and we would not recommend the use of this product in pregnant or breastfeeding women. Most importantly, because Kratom products are not regulated, the risks of consuming contaminated and/or adulterated products significantly outweigh any potential benefit in this population. Pregnant or breastfeeding women who are using Kratom are encouraged to inform their healthcare providers and they should wean off these products.