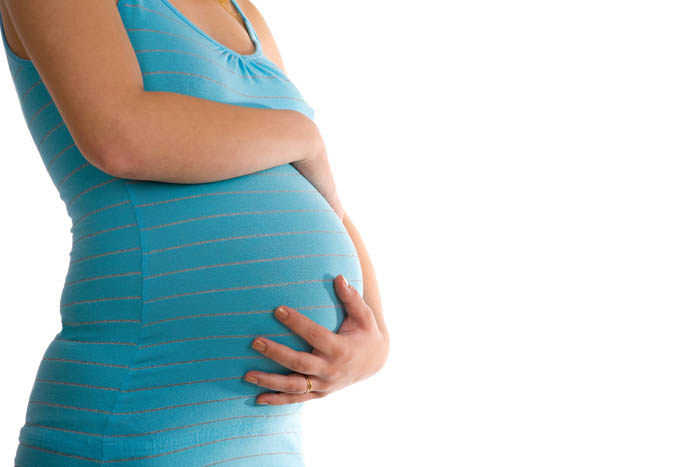 Clinical symptoms of hypothyroidism during pregnancy include fatigue, cold intolerance, constipation, and weight gain. Many patients are asymptomatic and symptoms may be overlooked or attributed to the pregnancy itself.3

Hypothyroidism can have adverse effects on the mother and child, depending upon the severity of the disease. Hypothyroidism complicating pregnancy during the first trimester is associated with an increased rate of spontaneous abortion.4 In subsequent trimesters, hypothyroidism has been associated with an increased risk of several complications, including: preeclampsia, gestational hypertension, placental abruption, non-reassuring fetal heart rate tracing, preterm delivery, low birth weight, increased rate of cesarean section, perinatal morbidity and mortality, neuropsychological and cognitive impairment, and postpartum hemorrhage.5-7

A good fetal and maternal outcome depends upon treating maternal hypothyroidism with thyroid hormone (T4). According to the recommendations of American Thyroid Association (ATA) and the Endocrine Society for the Diagnosis and Management of Thyroid Disease During Pregnancy and Postpartum, the goal of treatment is to maintain the mother's serum TSH in the trimester-specific reference range (0.1 to 2.5 mU/L, 0.2 to 3 mU/L, and 0.3 to 3 mU/L for the first, second, and third trimesters, respectively).2

The ATA guidelines recommend that all pregnant women with moderate to severe hypothyroidism should be treated with thyroid hormone (thyroxine, T4) to reach the goal of treatment.2 These patients should be started on full replacement doses (1.6 mcg/kg body weight per day), while patients with TSH < 10 mU/L may become euthyroid with lower doses and can therefore be started on approximately 1 µg/kg daily. TSH should be measured every four weeks during the first half of pregnancy because dose adjustments are often required.3, 8

Women with preexisting hypothyroidism who become pregnant need more T4 during pregnancy. The ATA recommends increasing dose requirements by as much as 50 percent as early as the fifth week of gestation.3