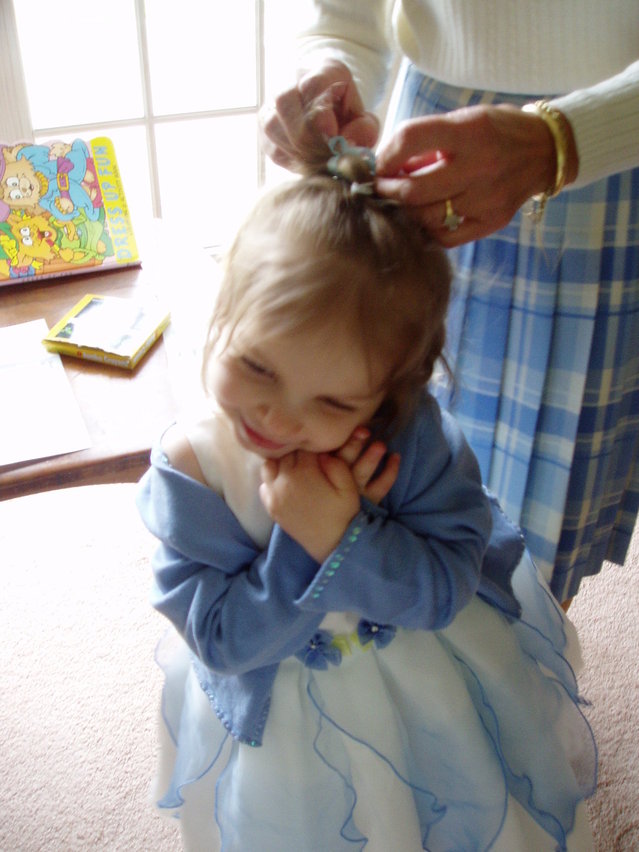 Head lice or Pediculus humanus capitis, attack as many as 12 million children every year. Lice are spread by direct contact with infested hair. Sharing combs, brushes, beds, and hats may also contribute to the spread of these parasites. Lice infestations in the U.S. are more frequent in girls and lead to stigma and absenteeism from school or day care.1, 2

The life cycle of a louse is divided into three stages. The female adult louse lays eggs (nits) that hatch after eight or nine days. The young louse (nymph) matures into adulthood within nine to twelve days. The adult louse usually lives about one month and feeds on human blood. Adult lice are usually tan to grey in color and two to three millimeters in length. Nits are usually yellow to white in color and are less than one millimeter in size. Lice typically die after one or two days without access to a blood meal. Lice do not appear to cause disease but subsequent bacterial infections may occur from scratching.

Signs and symptoms of head lice include tickling on the scalp, difficulty sleeping, and excessive scratching. Diagnosis can be difficult as a louse moves quickly and blends in with the hair shaft. Nits are typically found around 5 millimeters from the scalp during active infestations. All family members should be evaluated for lice if one child has an infestation.

Head lice during pregnancy and breastfeeding can be treated with pediculicides including permethrin, malathion, and ivermectin. There are studies providing evidence that these agents do not increase the risk of birth defects.3-5 They are also unlikely to pass into the milk of breastfeeding mothers in clinically relevant amounts. Permethrin is preferred for breastfeeding and pregnant mothers because it is non-toxic, and there is minimal absorption through the skin (<2%).6 However, at least one additional treatment is usually required to completely treat the infestation.

Newly approved Sklice Lotion (0.5% ivermectin) may be used in children who are six months and older. A recent study has suggested that a single topical application of ivermectin kills most of the lice.7 The researchers found that 94.9% of ivermectin treated patients were louse free one day after application and there was significant reduction in itching between day one and day two in the ivermectin group, as compared with the control group. The proportion of head louse free patients in the ivermectin group was 85.2% on day eight and 73.8% on day fifteen. The continued efficacy of treatment with topical ivermectin two weeks after a single treatment suggests that this formulation has activity against louse eggs. Another recent laboratory study has also suggested this. In this study, ivermectin was applied to head louse ova and, although the ova subsequently hatched, all the released nymphs quickly died. The nymphal mortality was attributed to ivermectin induced mouthpart paralysis, which severely limited or completely prevented the nymphs from feeding.8

Regardless of what medication is used, if any, some careful infection-control measures are necessary to prevent re-infestation. Ova can hide under fingernails and toenails, so careful cleaning and treatment of those areas is important. Wash bedding, clothes, and hats in hot water, and with a hot air cycle in the dryer. Items that cannot be laundered may be dry cleaned or placed in sealed, plastic bags for two weeks to allow time for all lice life cycles to be completed. Vacuuming floors and furniture to remove infested hair is also recommended.

Each involved member of the household should also take time to wet comb their hair. This is a mechanical removal of lice via straining with a fine-toothed comb. Metal combs seem to be more effective than plastic for this purpose. To perform this maneuver, the hair should be wet with an added lubricant such as hair conditioner or olive oil. The hair should be brushed or combed to remove tangles. Insert the comb near the crown of the head until it touches the scalp gently. Draw it firmly down and examine the comb for lice after each stroke. The entire head should be combed systematically at least twice. Repeat the combing until no lice are found in each session.

If no pediculicide is used, repeat sessions may be necessary every three to four days for several weeks. It is somewhat uncertain how effective wet combing is when used in place of topical insecticides. Existing studies have used flawed methodology and have produced contradictory results.