Does Breastfeeding Alter the Risk of Asthma in Children?

Asthma is a common chronic inflammatory disease of the airways characterized by recurring symptoms of reversible airflow obstruction and bronchospasm. Symptoms include wheezing, coughing, chest tightness and shortness of breath.

A recent study in New Zealand has suggested that breastfeeding may indeed protect against the risk of asthma in children up to 6 years of age.1 In this study, 1105 infants were enrolled. Detailed information about infant feeding was collected using questionnaires at birth and at 3, 6, and 15 months of age and the duration of breastfeeding was also calculated. Information about wheezing and current asthma was collected at 2, 3, 4, 5, and 6 years. In atopic children, exclusive breastfeeding for ≥3 months reduced the risk of asthma at ages 4, 5, and 6 by 62%, 55%, and 59% respectively. The decline in protection with increasing age, as this cohort study suggests, may be due to other important risk factors for asthma, which come to play role as a child ages. Thus, according to the study, breastfeeding and particularly exclusive breastfeeding, may protect against asthma for up to 6 years of age.

A number of other prospective studies have similarly suggested that breastfeeding may protect against wheeze and asthma in infancy and early childhood.2, 3

In one of these studies, the data suggested that breastfeeding may reduce the risk and severity of asthma during the first 4 years of life.3 The data were collected from 4089 children at 2 months and 1 year of age. The total duration of breastfeeding was also estimated by combining periods of exclusive and partial breastfeeding. Outcomes data were collected at 1, 2, and 4 years of age. In this study, exclusive breastfeeding for 4 months or more reduced the risk of asthma at the age of 4 years (odds ratio [OR], 0.72;95% CI, 0.53-0.97), irrespective of sensitization to common airborne allergens (P = 0.72). The effects tended to be stronger in children without heredity for allergy (P interaction = 0.36).

Therefore, according to these studies, a prolonged period of breastfeeding (4 months or more), reduces the risk of asthma up to the age of 4 years. The prevalence of asthma among children exclusively breastfed for less than 4 months was 9.1% compared with 6.4% among children breastfed for 4 months or more (OR, 0.72; 95% CI, 0.53-0.97). According to these researchers, breastfeeding protects against the development of asthma, primarily by reducing the risk of infection-induced airway obstruction.4 It has also been suggested that breastfeeding reduces the risk of atopic disease such as asthma by modulating the infant’s intestinal microflora.5

Thus, from the following studies, we can conclude that breastfeeding probably protects children from asthma. 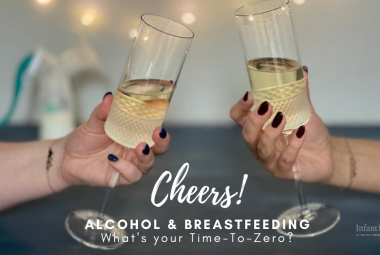