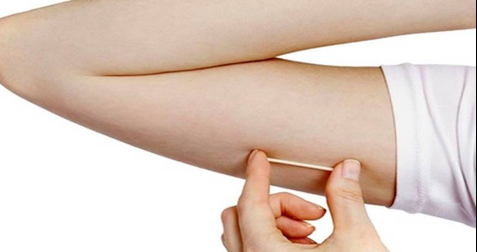 Nexplanon has become a very popular contraceptive method in recent years because it lasts for 3 years and you do not have to take a pill every day. While the idea of an implant under the skin is daunting, many still prefer it over IUD insertion or taking oral contraceptive pills every day. It is a 1.6 inch (4 cm) long flexible implant that is inserted just below the skin avoiding the axilla and the groove between the triceps and the biceps. It is >99% effective at preventing pregnancy. It contains 68 mg (milligrams) of the progestin, etonogestrel, and releases initially at a rate of about 65 mcg/day (micrograms/day), decreasing to 40 mcg/day at the end of the first year, to 35 mcg/day at the end of the second year, and then to 27.5 mcg/day at the end of the third year. It contains no estrogen and can be removed at any time in a clinic.

There was no significant difference in the weight, height, or head and arm circumferences between the infants respective of group. Thus, infant growth rate was not affected by presence of the implant.(Carmo 2017).

In addition, 24 post-partum women and their newborns were randomly assigned to a group: no contraceptive method or etonogestrel implant insertion 24 hours after delivery. This study assigned 12 women to a no-contraceptive group, and another 12 women were assigned to a group with etonogestrel implant inserted 24 hours after delivery. They measured the amount of breast milk the newborn took in the first 6 weeks after delivery. The median breast milk intake was similar between the two groups: 340 ml/day (implant) and 330 ml/day (control) on the first weeks and 845 ml/day (implant) and 785 ml/day (control) at 6 weeks. They concluded that the contraceptive implant did not alter the volume of breast milk intake by the newborns (Braga 2015).

Lastly, do etonogestrel implants have an effect on the content of the breast milk and the levels of hormone in the breastmilk. In this study, 42 mothers elected to use the etonogestrel implant while 38 chose the non-hormonal copper IUD. One month after etonogrestrel implant placement the mothers breast milk was studied and 19.86 ng/kg/day (nanograms) of etonogestrel was transferred via breastmilk. For both male and female newborns there was no differences in body weight, body length, and head circumference. Therefore, the low concentration of etonogestrel ingested by the infant was not associated with changes in growth. The volume of breast milk produced was also not affected. Finally, the content of the breast milk had no significant changes in the total fat, protein, and lactose content (Reinprayoon 2000).