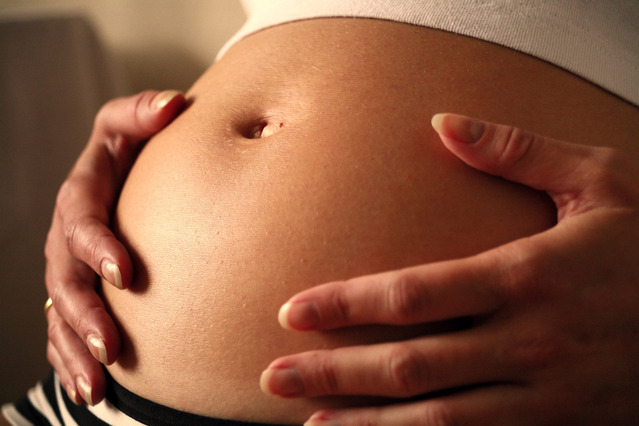 Inflammatory bowel disease (IBD) is an umbrella term encompassing ulcerative colitis and Crohn’s disease. These two syndromes of chronic inflammation commonly affect women of childbearing age. About 1 in 250 people in the United States has IBD, with most of the cases beginning between ages 15 and 40.1, 2

Ulcerative colitis and Crohn’s disease both cause ulcerations in the lining of the intestines. These ulcers cause pain and diarrhea and have the potential to cause bleeding, fistulas, strictures, and nutritional malabsorption.3 Bowel perforation can also occur with Crohn’s disease. All forms of IBD have been associated with an increased risk of colorectal cancer, although studies are conflicted as to the magnitude of that risk.4

IBD is substantially more difficult to study in pregnant women. This population is relatively small and it is rare that the disease goes entirely untreated throughout gestation. Assessments of risk are therefore confounded by the treatments used in each patient. Since the treatments have changed many times over the last 20 years, it is challenging to compare case reports.

A robust meta-analysis published in 2007 examined retrospective, case-control studies from 1980-2006 to evaluate the association between IBD and several negative pregnancy outcomes. The authors found that IBD during pregnancy was associated with pre-term delivery (OR 1.87), low birth weight (OR 2.1), cesarean delivery (OR 1.5), and congenital abnormalities (OR 3.8, ulcerative colitis only).  However, they were unable to consistently account for the patients’ disease severity or treatments because this information was not always reported in the studies examined.5

Since 2007, multiple new prospective studies conflict with one another. It remains unclear exactly how IBD interacts with pregnancy. It appears that the patient’s baseline level of disease activity correlates well with her disease severity during pregnancy. For example, 70% of women who conceive in remission will remain so, while 66% of women who conceive during an acute flare will experience persistence or worsening of their disease.6 Beyond that however, the current literature lacks a quality body of research that separates ulcerative colitis and Crohn’s, examines degree of disease activity in relation to outcomes, and adequately controls for the patient’s choice of treatment.

As with all chronic conditions, conservative management during gestation and lactation is the best choice for mild to moderate cases of IBD. Bowel rest and dietary changes, especially avoiding lactose, improve the chances for disease remission.7, 8 Laboratory monitoring may be necessary to prevent nutritional deficiencies, specifically iron, folate, and vitamin B12.7 Drugs that act locally or are poorly absorbed are good adjuncts to treatment in pregnant women. Examples include, loperamide, simethicone, lactase, topical benzocaine, topical witch hazel, and methylcellulose.

Of the drugs used to treat IBD, only methotrexate is entirely contraindicated during pregnancy and breastfeeding. This table contains more detailed information about drug treatments. In general, 5-ASA derivatives, corticosteroids, and biologicals are not associated with congenital malformations or serious adverse effects in breastfeeding infants. Immunosuppressants and antibiotics can be used but are riskier and should not be first-line treatment in this population. The European Crohn’s Colitis Organisation summarizes the issue by saying: “In the majority of patients, maintaining remission with medical treatment outweighs the potential risks of adverse drug effects. However the benefits and the risks must be discussed with the patient and management decisions have to be made on an individual basis.”9