E-Cigarettes: A Review on Composition, Safety, and Efficacy as Smoking Cessation Aids

Smoking is a common social practice worldwide. It is estimated that around 18% of  US adults smoke.1 The CDC estimates that more than 16 million Americans have diseases due to smoking.2 Because awareness of smoking hazards has been increased, there is a new player in the market, E-cigarettes, which are being marketed as a healthier and safer alternative to cigarettes. Although mainstream media has long been unable to advertise and promote cigarettes due to government bans, recently there has been an increase in the promotion of e-cigarettes. Marketing to youth and adults alike as smoking cessation aids has gained them notorious popularity. But just how safe are e- cigarettes?3

E-cigarettes are devices that contain ingredients propylene nicotine,  glycol or glycerol, and flavoring agents as well as particulate matter. In a nicotine delivery device, the solution is heated, and it delivers an aerosolized product for inhalation. Numerous types of e cigarettes are available on the market, including the disposable e-cig, the rechargeable e-cig, a pen-style medium-sized e-cig (which is rechargeable), and a larger tank-sized rechargeable e-cig. Some of these devices can be regulated by the user to delivery a variable dose of nicotine. The concentration of nicotine varies amongst the different brands as well as the different types of e-cigs. Flavors are added for enhanced user pleasure including menthol, coffee, fruit, candy,alcohol and more.3

The main ingredients in e-cigs, propylene glycol and glycerin, are known to cause eye and respiratory irritation. They are chemicals that are not recommended for inhalation. They are not permitted to be used in theatre fogs because of their irritating properties. Propylene glycol can be converted into propylene oxide, which is suggested to be carcinogenic. Glycerol can be converted into arolein, which is known to cause upper respiratory tract infections. There have been reports of injuries from explosion and fires of e-cigarettes that have resulted in severe facial injuries to the user. Side effects include sore throat, mouth irritation, cough, nausea, and vomiting. In addition, E-cigs may also pose a health risk to people with chronic lung diseases due to their ability to alter airway resistance. Further research is needed to determine safety and potential health hazards following their long-term use.3-5

E-cigs have also been marketed as aids to help smokers quit smoking. Because they are not regulated, they have been heavily promoted.. Although more often used by men, new data suggests that people using e-cigs are concurrently using traditional cigarettes as well. The dual usage has yet to be studied for adverse effects in detail.

As far as cytotoxicity is concerned, there has been limited or no research clarifying the effect of e-cig exposure on cells from pulmonary fibroblasts, stem cells, and mouse neural stem cells. The toxicity appears low in pulmonary fibroblasts. However, stem cells seemed to be affected to some degree. For this reason, it is advised that pregnant women avoid e-cigs.3, 6, 7

E-cigs reportedly deliver a lower amount of nicotine than conventional cigarettes. However, since some of the e-cigs are modifiable by the user, smokers can alter the amount of nicotine inhaled by increasing the puff duration or the smoking interval. Because of the uncertain amounts delivered, further research is necessary to determine exactly how much nicotine is delivered with the various types of e-cigs. Since nicotine is a highly addictive substance and may affect brain development, its dose delivered must be considered when evaluating the safety of e-cigs.10, 11 The particulate matter that exists along with the ingredients in e –cigs is an entirely different issue. When the liquid in the e-cig is heated for conversion to aerosol, it comes into contact with heavy metals in the heating element.12 These metals include tin, copper, nickel, lead, and chromium. Studies have shown that exposure to this particulate matter in e-cigs can be damaging to pulmonary and cardiovascular systems and may even increase the risk of death. Another study has shown that e-cigs contain a higher level of particulate matter than conventional cigarettes[TH1] 13. Studies have confirmed that particulate matter reaches the alveoli and is probably absorbed into the cardiovascular system.

This study suggested that fine particles in the air increased by 200 times within 2 hours of people smoking e-cigs in the room. At this point, and because of the different types of e-cigs, it is clearly necessary to determine the amount of exposure for each type of usage. So far, it seems that second hand exposure via e-cigs  is similar to conventional cigarette use when particulate matter is also taken into account in addition to nicotine exposure.3

As for the marketability of e cigarettes as smoking cessation aids, studies have shown no benefit of using e-cigs for smokers trying to quit. In fact, one study has shown that smokers using e-cigs might even be less likely to quit than those who have never used one. Some studies reported a decrease in the number of conventional cigarettes used per day with the concurrent use of e-cigs; however, as the health effects of smoking are more related to the duration of smoking, this does not represent a significant benefit. E-cigarette use has been shown to significantly lower the odds of a smoker’s ability to quit. All current evidence suggests that e cigarettes are not effective as smoking cessation aids. They are not approved for this use, therefore they are not regulated by the FDA.14

People who use both the conventional cigarette and the e cigarette clearly endanger their health. If they reduce the number of conventional cigarettes, their risk of cardiovascular disease still remains high, though it is probably lower than before. The health benefits of smoking cessation are achieved with complete cessation and are dependent on time and not the number of cigarettes smoked. It is the physician’s responsibility to be supportive of their patients’ decision to quit smoking. Even if the patient wants to try e-cigs as a cessation aid, the physician must inform the patient that no data are supportive of the effectiveness of e-cigarettes as smoking cessation aids. Even though e-cigarettes might be less toxic, there are no regulations for their ingredients and particulate matter. The health effects have not been well studied; therefore, they should be used with caution. The best smoking cessation aides are still nicotine replacement therapies including varenicline and bupropion. These have been approved by the FDA as smoking cessation therapies. There are also support groups available for offering accountability and helping smokers quit. Quitting cigarettes as soon as possible leads to a reduction in health risks, particularly for cardiovascular and respiratory disorders.3, 15 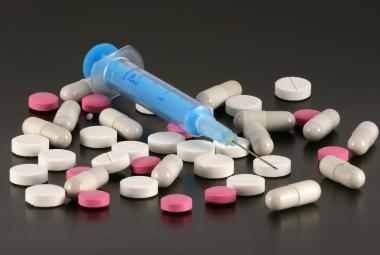 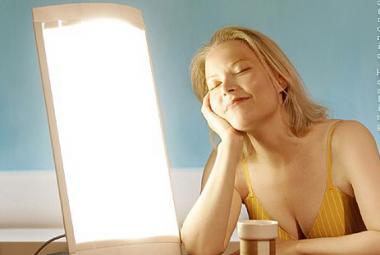