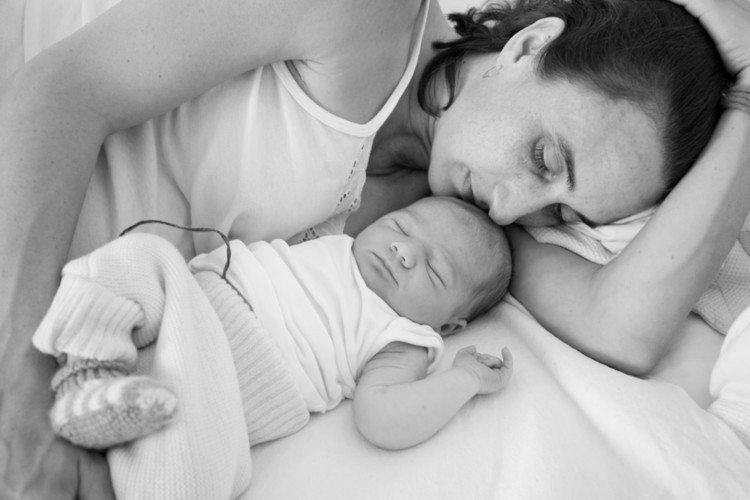 Lead is an environmental pollutant that serves no useful purpose in the body and tends to accumulate in the body's bony structures based on their exposure. Some studies show that the half-life of lead in bone is approximately 27 years. Thus you may never get rid of all the lead you have absorbed during your life without chelation therapy.  Thus it is best to try and avoid situations with lead exposure.

In children almost all organ systems are vulnerable,  but the brain is most sensitive.  Infants and children under the age of 6 are particularly sensitive to elevated levels, due to the rapid development of the nervous system.   Unfortunately,  reducing the levels in children AFTER the primary insult, does not necessarily reverse the damaging effects that have already occured.   Thus in newborn and children,  it is best to reduce levels quickly,  to avoid neurobehavioral development problems. Thus in situations where women have high lead exposures,  it is best to plan ahead,  determine blood lead levels, and treat accordingly before becoming pregnant.

Lead is first absorbed orally ( from water, food, or lead paint chips/dust) and transfers into the blood compartment where it stays for about 30 days, thereafter it slowly transfers to bone, and soft tissues, such as kidneys, brain, liver and bone marrow over time.   Lead doesn't stay in the bones,  but unfortunately redistributes to other tissues.  In pregnancy and breastfeeding,  both periods of rapid bone turnover, bone calcium and lead are overturned and released back into the blood compartment.

Because lead freely passes through the placenta ,  maternal lead exposure is exceedingly hazardous for the unborn infant. The transfer of lead is highest to the fetus during pregnancy, and somewhat less during lactation.

Lead apparently transfers into human milk at a rate proportional to maternal blood levels, but the absolute degree of transfer is somewhat controversial. Studies of milk lead levels vary enormously and probably reflect the enormous difficulty in accurately measuring lead in milk. In mothers who have previously been exposed to high lead environments, the greatest chance of lead toxicity will be with her first pregnancy and first breastfeeding.   First-time mothers will redistribute higher levels from the bones and tissues to the first pregnancy, and the first breastfed infant.   Subsequent infants will probably receive less.

Blood levels in mothers will be actually be highest postpartum because blood lead levels increase during bone resportion and lactation.  However, her baby's greatest chance of toxicity will still be during pregnancy, because intestinal absorption of lead from milk in the infant is still somewhat lower.[1]

One study evaluated lead transfer into human milk in a population of women with an average blood lead of 45 µg/dL (considered very high).[1] The average lead level in milk was 2.47 µg/ 100 cc. Using these parameters, the average intake in an infant would be 8.1 µg/kg/day. The daily permissible level by WHO is 5.0 µg/kg/day. Using these parameters, mothers contaminated with lead should probably not breastfeed their infants until their lead levels are reduced.

In the last decade, the permissible blood level (according to CDC) in children has dropped from 25 to less than 5 µg/dL. Lead poisoning is known to significantly alter IQ and neurobehavioral development, in infants and children. Therefore, infants receiving breastmilk from mothers with high lead levels (> 40 ug/dL) should be closely monitored, and both mother and infant may require chelation,  and the infant transferred to formula while undergoing chelation.   We would not recommend breastfeeding while the mother is being chelated,  as chelation sometimes drives lead from the bone to the blood compartment potentially making milk lead levels higher.  Thus, chelate the mom BEFORE breastfeeding if here plasma lead levels are high.